We want donors to feel they”re a part of the cause.

“Membership cards” can help meet these needs. And if Uncle Maynard’s mailbox is an indication, they work.

I once attended an organization’s annual gala. At one point, the president asked everyone to get their membership cards from their wallets and wave them in the air. My heart sank; I had helped produce the membership card mailing. It had done well, but I figured three or four people would actually have cards with them.

The majority of those in the banquet hall held up cards.

Here are a couple of recent examples. Uncle Maynard doesn’t get these just once a year. Each of these organizations sent them four (as near as can tell) times in a year. They work.

READ  You don't need to be in crisis!
Powered by Inline Related Posts

Here’s a card from the American Red Cross. 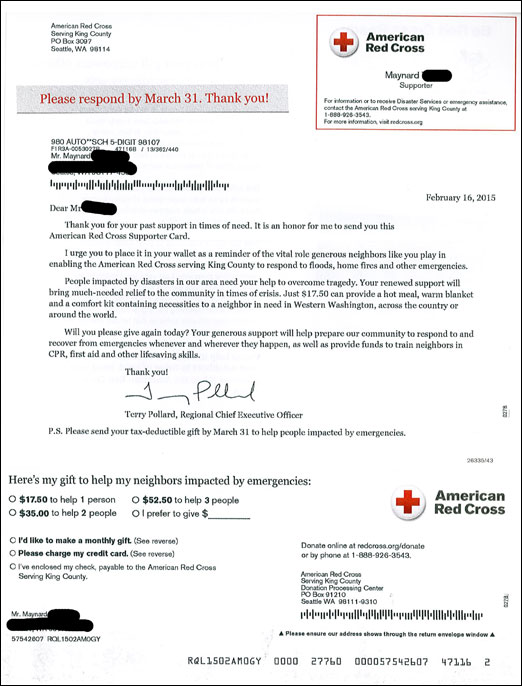 The letter. The card is on the upper right, perfed so the donor can remove it.

The back of the card. This features information the Red Cross wants you to have.

And here’s a similar mailing from the American Cancer Society.

Outer envelope. Note how similar it is to the Red Cross envelope.

The reply device. The card perfs off the right end. There is no letter in the package.

The back of the card. This is information that may be handy for the donor. (I’ve tested a pocket calendar like this one against “useful information” like the card above. The calendar wins, hands-down.

You may think these cards are corny. I think they are. But they can be a powerful motivator for donors. It’s worth trying!

More from the Trove